Also on offer were other Virtual Reality units that allowed the students to sit in on an Army presentation on aerodynamics and the theory of lift, and also sit inside (virtually) a real flight of an ARH Tiger helicopter delivering rocket ordinance at a gunnery range. VR allowed the students to look around the cockpit and observe what normally could not be taken in by a single frame.

Many thanks to Major D and the crew from Army and Air Force for coming out! 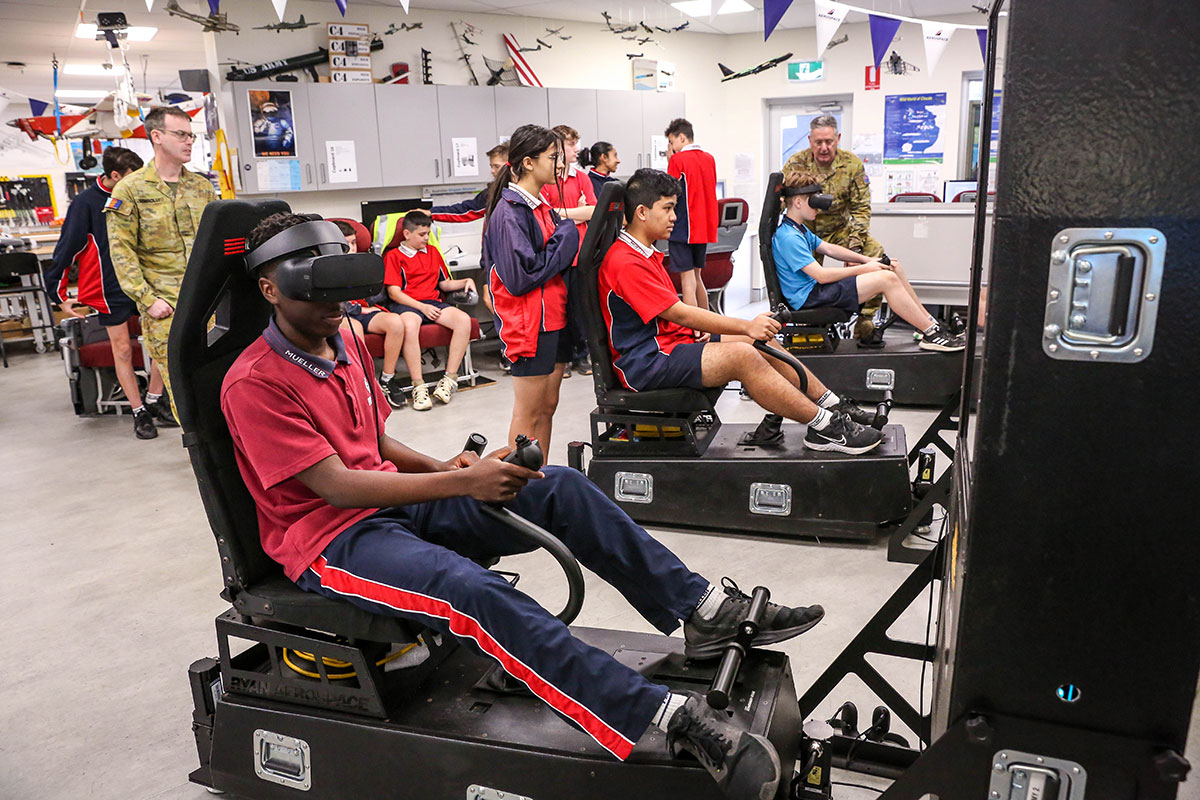 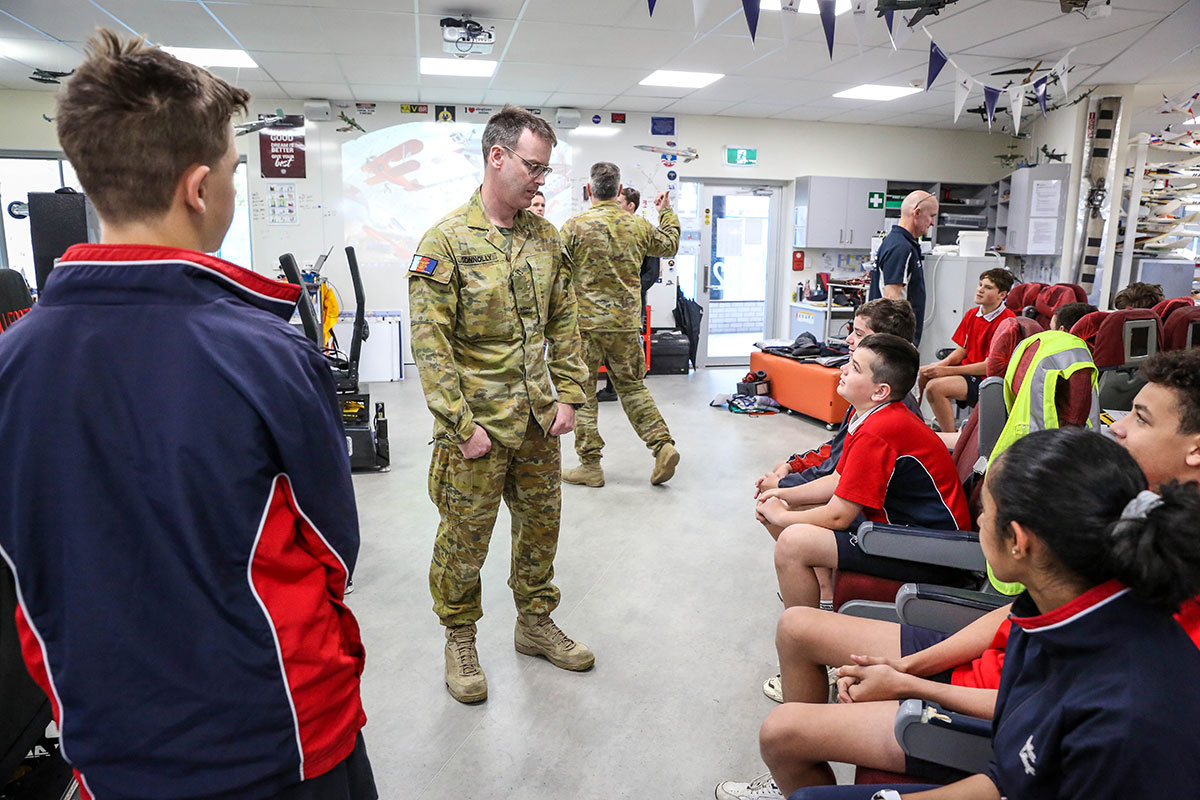 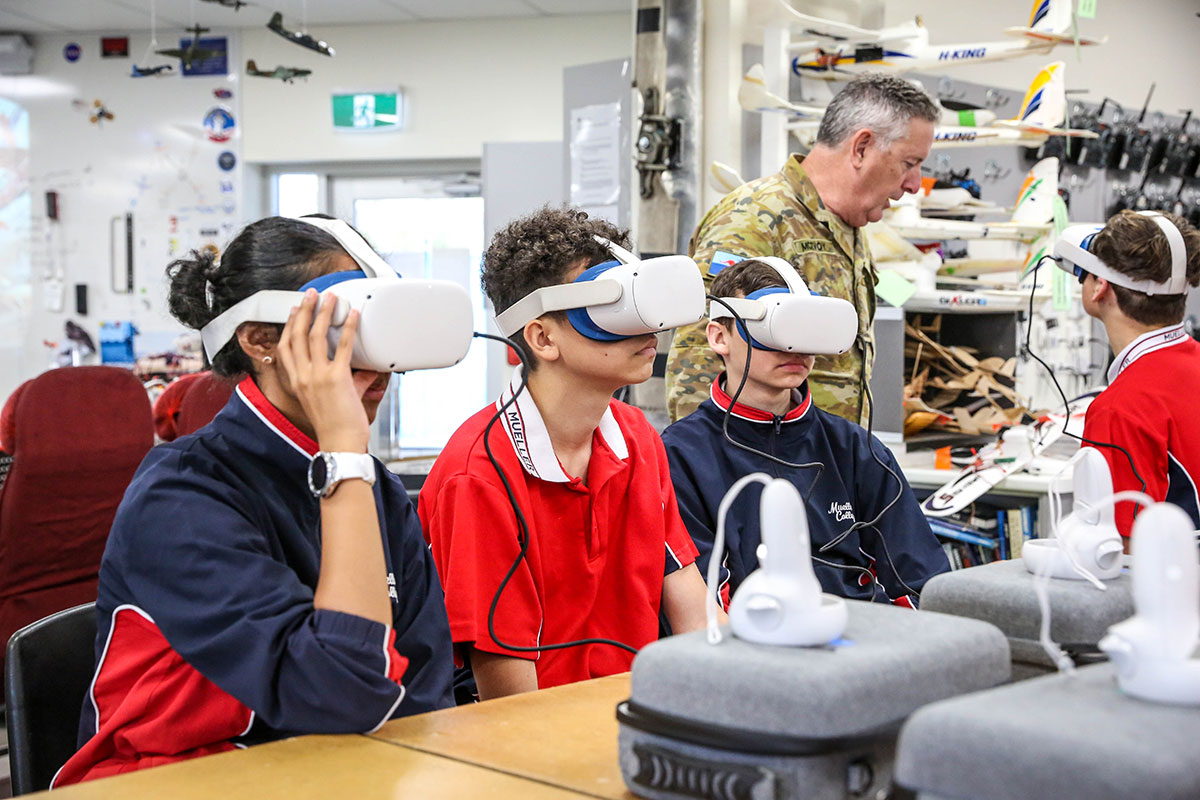 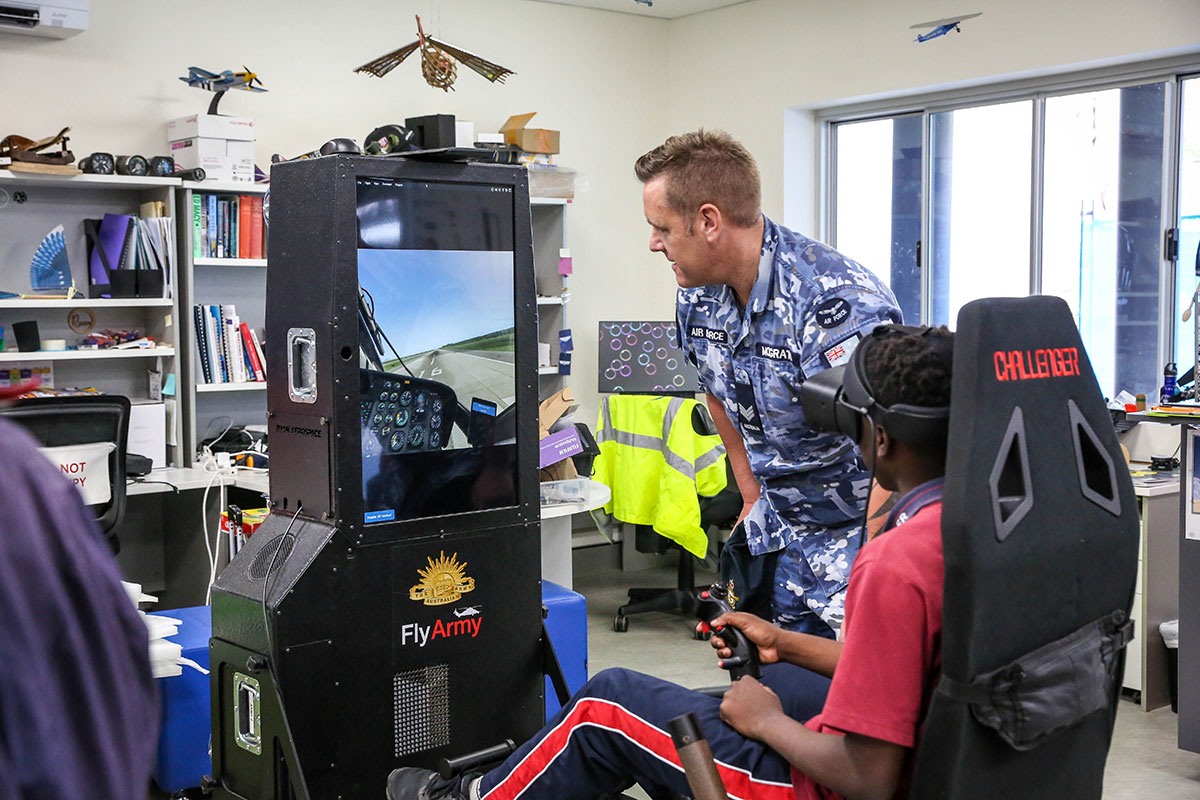 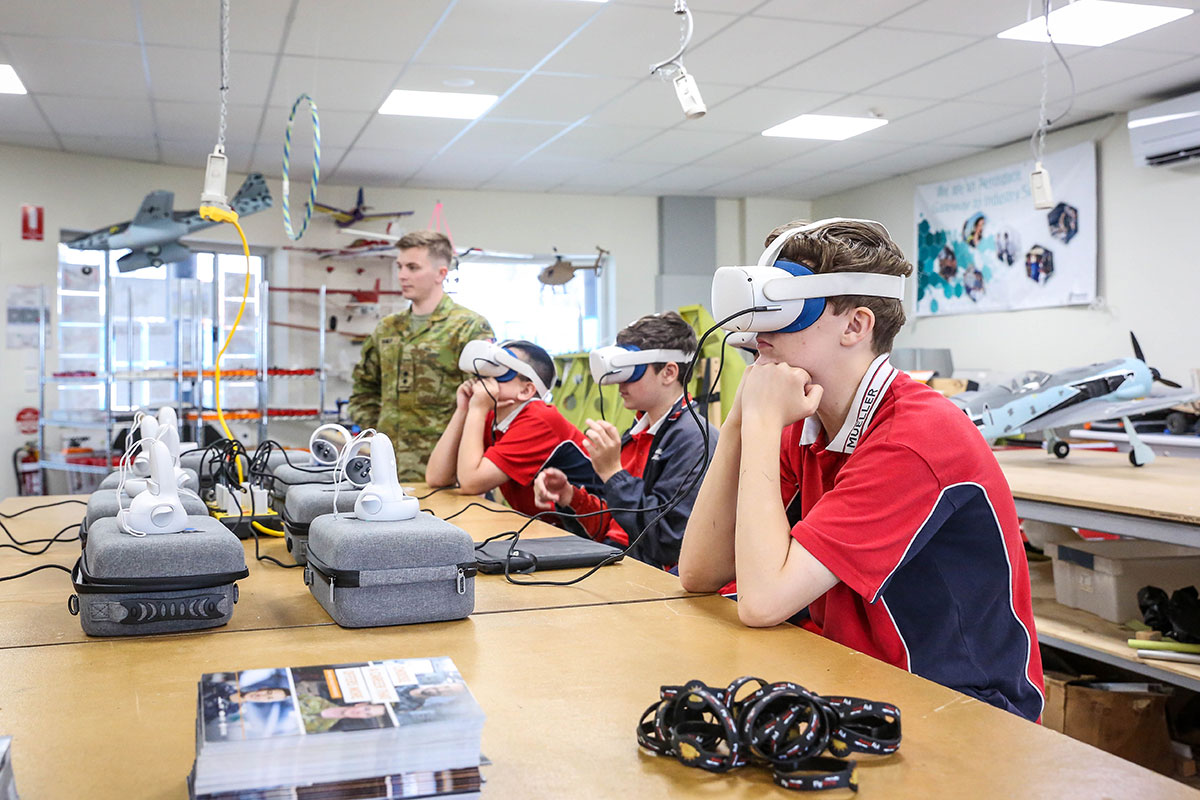 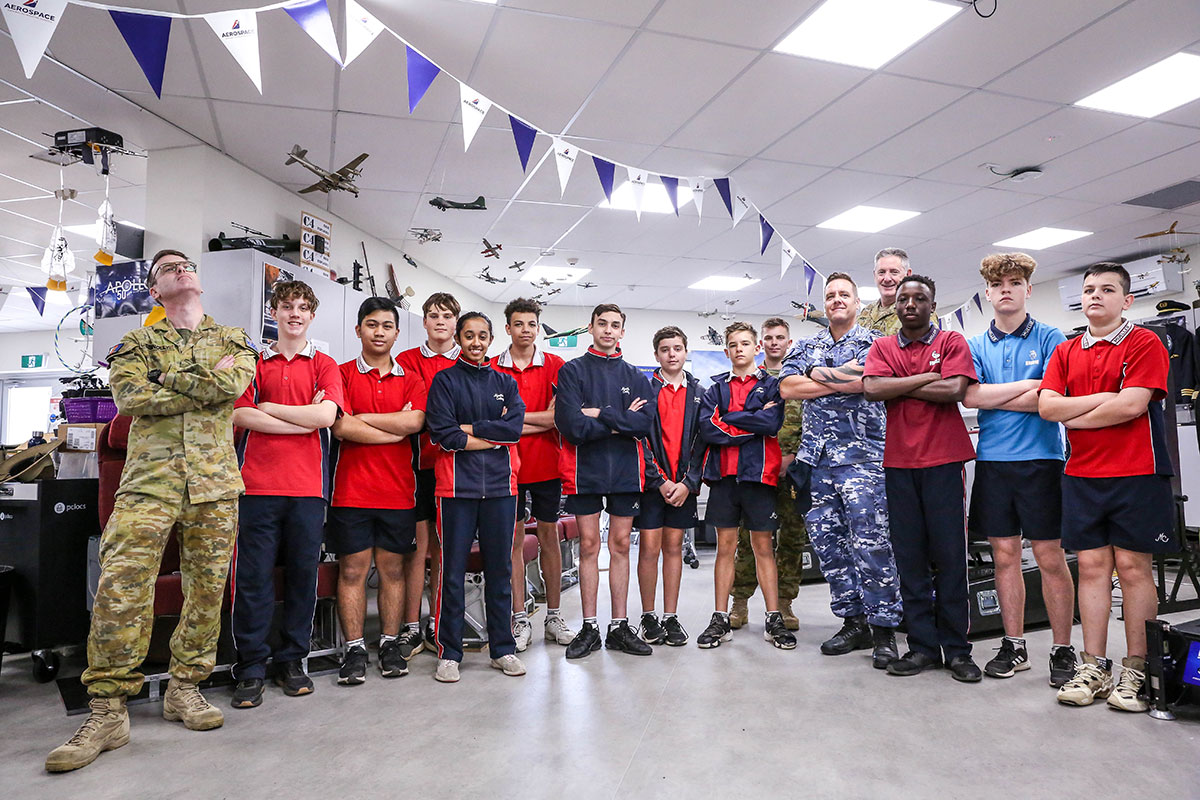